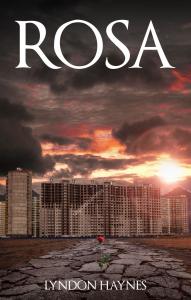 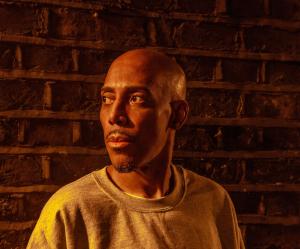 An urban Cinderella story with edge, romance and enough grit to dirty your fingers

NEW YORK CITY, NEW YORK, UNITED STATES, July 28, 2021 /EINPresswire.com/ — An unrelenting heatwave has hit the streets of London. The city is a furnace, a sweatbox of people melting on their daily grind. Within the confines of one public housing building lies a coldness — a sharp icy blast of harsh, unforgiving betrayal. For one young family in particular, a wind of change is on the horizon … in fact, a storm is brewing so fierce that the wreckage it leaves behind will be injurious.

This is the setting for Rosa, a new novel from Lyndon Haynes, a multi-talented artist who was successful as an actor, songwriter, singer and music video director before turning his attention to literature.

“My book is a drama-themed story about the life of a young woman, Rosa, who comes to London under a dark cloud with her brothers after the death of her parents,” Haynes said, adding that it could be described as “an urban Cinderella story with edge.”

Struggling to find her own identity, Rosa copes with the reality that her life has been turned upside down since she and her two brothers left Mexico under a dark cloud … and a crime protection program. Forced to move to a new country, she has to learn a new language and culture while experiencing harsh realities during her bleak, lonely and formative teenage years.

Rosa meets a smart businessman who changes her life for the better and finally sees a hint of light, offering hope and freedom, but she soon realizes that every choice she makes will impact the world around her.

Author Lyndon Haynes hails from Tottenham, North London, worked as a child actor and spent nearly 25 years in the music industry as a songwriter, rapper and music video director. He has also been a playwright, film and TV director, and rapper for the hip-hop band The Sindecut, which was signed by Virgin Records. His previous published books include This Functional Family, released by Book Guild Publishing in 2011, and The Life and Times of Stanley Spank, his first novel, which he published through Authorhouse.