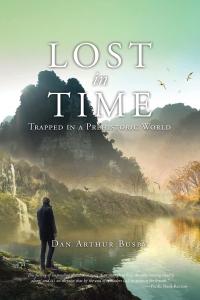 Lost in Time: Trapped in a Prehistoric World 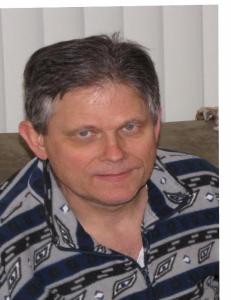 Prisoners are "Lost in Time: Trapped in a Prehistoric World" in Dan Busby's page-turner

WASHINGTON, UNITED STATES, July 28, 2021 /EINPresswire.com/ — Dan Busby shows what happens when physics-shattering technological breakthroughs are used to reform and decongest the United States’ penitentiary system. The result is a sci-fi smorgasbord that blends “Jurassic Park” with “Con Air,” following a wrongfully convicted man who finds himself serving his sentence in the Cretaceous. He is "Lost in Time: Trapped in a Prehistoric World" and must survive a primordial wilderness rife with ravenous reptiles.

The year is 2040, the United States corrections system that once boasted one of the world's largest prison populations has found a way to save money and free up space. By using time machines to send inmates back through time. The technology is exclusively used by the government, designed and maintained by men like Jimmy Dantly. When a freak accident leads to the death of a co-worker, Jimmy is suspected as the evidence points to him. He is shocked when the trial ends with his conviction, where he is sentenced by the judge to be sent to the Cretaceous – the time of the dinosaurs and the era of Tyrannosaurus Rex.

He finds himself in this land before time, hunted by prehistoric predators and other hostile wildlife. Due to a stroke of luck, he connects with a fellow prisoner who has survived there for a year. The only thing they have are high-powered rifles, given to them by sympathetic time machine crews. Equipped with little else, they must rely on their skills, their determination, and devise a way to not only survive their hostile and violent environment but somehow escape the time period.

With "Lost in Time: Trapped in a Prehistoric World" Busby treats his readers to a story of wilderness survival and desperation unlike any other, showing how ingenious the mind can be and how unconquerable the human spirit truly is – even in an untamed land ruled by dinosaurs.

About the Author
Dan Busby loves adventure, answering the call of the wild and scaling great heights, generally enjoying the great outdoors. He is a registered nurse and fulfills his longing for adventure by penning riveting stories. He has been interviewed on radio by Al Cole and Kate Delaney, and has also been featured in a Walla Walla Union Bulletin newspaper article. Busby is also a musician and connects his talent for music and writing.