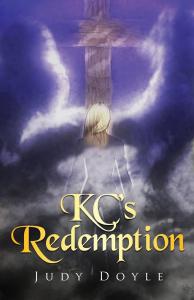 I hope the story (although not perfect) will be a source of encouragement to keep going. God has something special planned for you. Keep seeking and it will be revealed to you.”
— Judy Doyle

ILLINOIS, UNITED STATES, August 18, 2021 /EINPresswire.com/ — In her novel Judy Doyle portrays the rough road that lies before ex-cons as they return to life outside of prison and how second chances cannot be taken for granted. "KC's Redemption" follows the titular character as she strives to prove to herself, her friends, family and community that she is repentant.

KC Elliot is a convicted felon who did time for embezzlement. She genuinely wants to turn over a new leaf and during her incarceration she earned a degree in computer science and webpage development. As she adjusts to life on the outside of prison, she encounters a variety of challenges. With this novel, readers will get a glimpse of the realities faced by ex-cons. These barriers to reintegration include the lack of opportunities for people with prison records, difficulty accessing housing, the stigma and distrust from others, guilt from committing crimes and possible trauma from time behind bars. In Elliot’s case, she faces hurdles from someone who should be supportive. And to compound things for her, she realizes she has a stalker who is harassing her. Readers will be treated to a journey replete with suspense, drama as well as ruminations on faith as the protagonist struggles to find peace and make things right.

With this novel, Doyle provides a heartfelt and stirring narrative and a meditation on redemption. Moreover, she also aims for it to be a source for inspiration for those going through trying times. In her own words: "I hope the story (although not perfect) will be a source of encouragement to keep going. God has something special planned for you. Keep seeking and it will be revealed to you."

About the Author
Judy Doyle was a pastor with the Salvation Army and wrote sermons during that time. Following her marriage, she began writing about the culture shock she experienced as a city woman moving to the farm. She has a son. Doyle was previously a copywriter for a small radio station. In 1995 she returned to being a pastor in the United Methodist Church. During her spare time she writes fiction and essays.