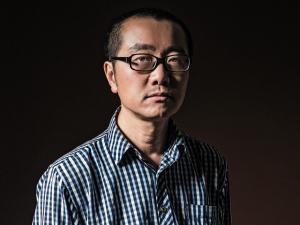 At 10.45 on 29 August in Gorky Park Russian readers will have an online meeting with Chinese science fiction writer Liu Cixin.

MOSCOW, RUSSIA, August 27, 2021 /EINPresswire.com/ — The teleconference bridge with China’s best known science-fiction writer and one of the most popular writers in the world will be the first event for the Russian audience. The writer will talk about his work and reflect on the science fiction genre.

The author became famous thanks to the much-talked-about bestseller “The Three-Body Problem” which opens the trilogy in the science fiction genre “Remembrance of Earth’s Past”. As a child, Liu engrossed himself in classical Western science fiction which he obtained “underground”. Cixin is an engineer by education and profession, which is evident in his works where great attention is paid to scientific details.

“I am glad to be part of Russian Creative Week in Moscow and to meet my readers. We will talk about my books and the genre of science fiction,” said writer Liu Cixin announcing the upcoming teleconference bridge.

The writer became world famous after “The Three-Body Problem” was published in English and later in other languages, winning the Hugo Award and other prestigious awards. Even Mark Zuckerberg and Barack Obama admired the novel. After “The Three-Body Problem” the author’s other novels began being published outside of China, and they also consistently receive recognition from readers and critics. The circulation of his books in Russia has exceeded 107,000 copies.

FEST FORUM “RUSSIAN CREATIVE WEEK-2021 (RCW)” will be held from 26 till 29 August in Gorky Park in Moscow. Over the days of its work the festival will feature more than 300 various events with over 700 speakers representing 14 creative industries, such as cinema, music, IT, computer games development, architecture and urban science, as well as other industries.

RCW is part of the global initiative to develop creative industries within the frames of the International Year of Creative Economy. The UN Conference on Trade and Development (UNCTAD) has included RCW in the list of the key events in 2021. The prospects of the development of creative industries in Russia and in the world will be discussed at the Fest Forum.

About 20 international speakers have confirmed their participation in the Fest-Forum. Apart from Liu Cixin, speaking at the event will be French journalist and director of documentary films devoted to problems of energy transition and raw materials exploitation, author of “The Third Digital War: Energy and Rare Metals” Guillaume Pitron; British historian and Professor at the University of St. Andrews, Professor of Strategy and Organization at Said Business School, University of Oxford, Andrew Pettigrew; writer, poet, journalist, editor, author of the novel “Mrs. Sartoris” (Germany) Elke Schmitter; Doctor, associate of Harris Manchester College, University of Oxford, organizer and multiple jury member of international, national literary awards, including the Booker Prize, Chairman of the Commonwealth Writers’ Prize, 2003-2007 President of the English PEN and former director of literature at the British Arts Council and the British Council, writer Alastair Niven; art historian, critic and curator of exhibitions in Italy and reputable Italian art critic Costantino D’Orazio.

For detailed program see the website of the festival: https://creativityweek.ru

Registration for mass media is obligatory.