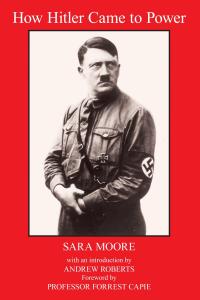 How Hitler Came To Power 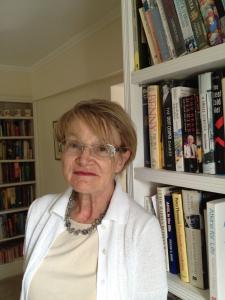 UNITED KINGDOM, August 31, 2021 /EINPresswire.com/ — At the end of writing How Hitler came to Power economic historian Sara Moore, concludes that the members of the former anti-Semitic Pan-German League, who called themselves ‘the Nationalists’ after the First World War, bore the heaviest responsibility for Hitler’s rise to power.

Moore reveals that the most powerful members of the Pan German League were armaments maker, Gustav Krupp and his former managing director and founder of the League, Alfred Hugenberg. They were determined to turn defeat in the First World War into victory. In the 1920s, while Krupp made armaments in Sweden and Holland and developed close ties with the Bolsheviks in Russia, Alfred Hugenberg became a media mogul and powerful politician.

Germany had finished the First World War with twice as much gold in the Reichsbank as in 1914. By 1928, the country had a powerful industrial economy and the former Pan-Germans also had money secreted abroad in various military projects. Nevertheless, millions of German people voted for pacifism and socialism in the 1928 elections. Ex-Krupp director Alfred Hugenberg decided that only way to persuade them to vote for a dictatorship like Mussolini’s in Italy was through plunging the country into depression.

Moore reveals how Hugenberg’s political maneuvers over the negotiations for the Young Plan reparations agreement – including putting Adolf Hitler on his petition to try the President of the Weimar Republic for treason for accepting the Young Plan – brought Hitler into public consciousness and helped cause the Wall Street crash.

In 1930 and 1931, Krupp’s evil intrigues in Russia sabotaged the world wheat economy and persuaded the German Communists to vote with the Far Right in the Reichstag. Meanwhile the German people were hit with increased taxation and lower wages. Six million became unemployed while their country was one of the world’s top exporters. In desperation they turned to Hitler.

How Hitler came to Power is already being studied in Britain’s Exeter University. It needs to reach a wider audience. ‘If readers reach the same conclusion as I have about the evil machinations of armaments maker Krupp and his cohorts, I hope that they will speak out to condemn their activities so that Europeans are never again plunged into depression to discredit democracy.’ Says Moore.