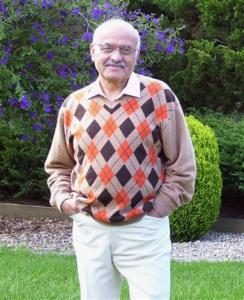 LOS ANGELES, CA, UNITED STATES, September 22, 2021 /EINPresswire.com/ — According to CNN, the last known member of Afghanistan's Jewish community left the country on Friday, taking 30 other people with him — including 28 women and children — on a five-day mission to safety, according to the group who carried out the evacuation.

Pre-Islam was perhaps the only time that Iranians of different faith lived side by side in peaceful harmony. Christians and Jews were solid citizens of Persia centuries before the advent of Arab Islam. According to Persian historians, pre-Islam was the most inspiring and joyful time in pre-modern Persia. Rituals were shared by those of different faiths. Often person of one denomination, inspired by festive activities, exchanged gifts and participated in other people's joyful celebrations.

In the year 586 BC, Jews were displaced from their land in Israel and sent into captivity to Babylon by the Babylonian king Nebuchadnezzar after he destroyed their temple and kingdom in Jerusalem. A few years later, the emperor of Persia Cyrus the Great, conquered Babylon and freed the Jews. Cyrus facilitated the return of the Jews to their homeland and ordered the rebuilding of their temple in Jerusalem.

In the following words, the late Iranian poet Ferydoon Moshiri summed up the Islamic Revolution and the Arab Shari’a Law under the Taliban: “The talk is not of the withering of leaves, but rather turning the forest into desert. What these beasts are doing to mankind, animals do not do to each other.”

My dearest son Bahman, although I miss you much, I am so happy that you are safe and blessed to be in America.

Life goes on in here though much different. The unpredicted Arab Shari’a has become the law of the land.

Dearest, in his poem, Ahmad Shamlu describes Iranian’s new way of life under the Shari’a much better than I could ever explain. Here it goes:

Internationally recognized as an expert in Islamic matters, George H. Hassanzadeh born and raised as a Shi’a Muslim in Iran is the author of ‘Iran: Harsh Arm of Islam’ and the newly released book ‘First Comes the Mosque.’ Hassanzadeh is a renowned authority on Shi’a, Shari’a, and the infallible Arab Shiite clerics forcing medieval rule and a system of mind control in the 21st century.

George H. Hassanzadeh is a U.S. Army Veteran and lives in California, U.S.A