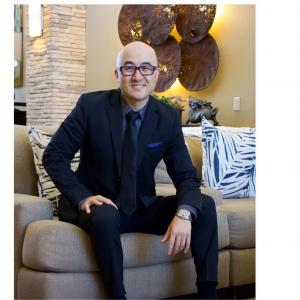 Life for Coach Mike was not easy. Psychology was his savior. A work-in-progress man turned to a successful life coach shares how he beat all odds.

VISTA, CALIFORNIA, UNITED STATES, October 25, 2021 /EINPresswire.com/ — Having lived a life that was quite turbulent, unstable, and uncertain, Coach Mike only wanted to do better and keep going forward amid the chaos that plagued his life. A child's sense of security comes from his family, but children who keep moving from one foster family to another only have one instinct: to survive and fend for themselves.

Children raised in foster care are vulnerable to many adversities of life. Coach Mike knew he had to change his fate himself. The only thing that would keep him strong is if he had money. When most children cared about playing with toys from a young age, Coach Mike knew the real value of money. He wanted to learn the importance of saving up and using the money in the best way possible.

Fate took a turn when he was presented with an opportunity from one of his foster parents. Coach Mike’s foster mother was a lady who realized that he had potential in him. She was a registered nurse and also had a business in real estate. She gave him his first job, which changed everything, and taught him the importance of money. A stepping stone for Mike.

At that time, he was paid $3 a week for doing miscellaneous work, which involved filling all receipts in an accordion folder alphabetically. $3 had a great value back then, and at the end of every week, Mike’s hard work put him in a position of confidence with the money in his pocket. Even though he was young, he knew he had to make the most of his $3 and somehow multiply it.

Young Mike quickly learned he could convert his $3 into a candy business. Who doesn't like candies? Children most certainly do. And because of his brilliant idea, he was able to buy candies at the end of every month and sell them during his recess and lunch hours.

Survival was everything. Every sale made his profits. Every month was a good one. Children would never stop buying candy. Who would?
He wouldn’t stop there. He knew he had to do better than this

A trip with his foster mother at price club, which is now Costco, opened more doors for him.
Regular Candies won't sell for much; he knew it. This time he had to go bigger and better. He scanned the halls of today's Costco and found himself a large jug of fireballs. The Jug contained about 100 pieces and had a price of $5.
What came next was his plan to sell fireballs at $0.25 per piece. This quickly multiplied to $25 at the end of the week.
Only a will to do better and an ambition can keep one on the track to success. Coach Mike knew if he kept selling the regular candies, he'd merely be surviving and saving just about enough to buy the next batch.
After he covered his weekly costs, he was left with $20 per week.

With his candy business making enough profits, he was able to help his sister. He bought her uniform for Reserve Officers' Training Corps.
However, fate wasn't always too kind to young Mike; despite being resilient, things were not always smooth for him. Once his profits started to increase, the big bullies at his school caught up to him. He was mugged several times. Losing out on his money was a setback.
Knowing all too well that obstacles shall be in the way to success, he prepared himself for the worst. Coach Mike knew he had to defend himself from the bullies and devised a plan to protect himself. He knew he needed people with him. He hired students as his bodyguard and paid them a small percentage after school.

The power of social influence!

Instead of accepting defeat, he found solutions. Instead of feeling depressed, he planned.
Life is all about trying, failing, and then succeeding. In life, things will keep happening, and sometimes there will be light, sometimes there will be darkness. Your perspective and ability to shift negative thoughts into constructive thoughts is what will help you overcome your challenges. – Coach Mike
His journey to what he is today was not an easy one. He developed a love for psychology, coaching and mentorship in his childhood. While at foster homes, he read a $5-dollar thrift-store psychology book, which gave him a changed perspective on how to deal with people. He learned to apply the book not only to his life, but he helped coach many foster children to obtain a healthy mindset.

Today Coach Mike is a founder and president of very successful two companies, SWC Academy and SLC Coaching. With a degree in psychology, he has become a successful life coach, an award-winning educator, speaker, and a proud father.
He offers many courses, programs, and digital tools that fit everyone's schedule and budget.

Private Coaching:
Discover the 6-Step Success Blueprint to Guide Your Life combined with packages such as the Awakening, breakthrough, discovery, and Self-Mastery package will help participants uncover their true self, leaving behind whatever negative aspects that hold them back. They will walk away with confidence, better relationships and embrace life with a positive mindset.

Entrepreneurship and Success Coaching:
A session where participants can learn what holds them back and the areas that disturb them and make them suffer. Through his strategies, Coach Mike guides individuals to become better in their professional and personal lives.

Online Course:
You can avail of different courses that tackle negative habits, including victim mentality, shame, guilt.
Coach Mike grew into a thriving mentor, defying all odds; he believes if he did it, so can others.
He became an incredible success story on The Kelly Clarkson Show and ranked among the Top Ten Success Coaches to Follow in 2021 by Yahoo Finance.

As he states, his struggles were blessings in disguise.

A strong man, with strong virtue!