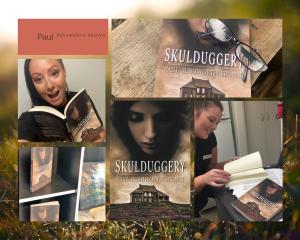 The hype around this book has been unquestionable! 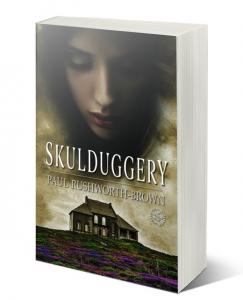 Isn’t it just so great when you find one of those books that completely drags you in, makes you fall in love with the characters and demands that you immerse yourself in its realm? 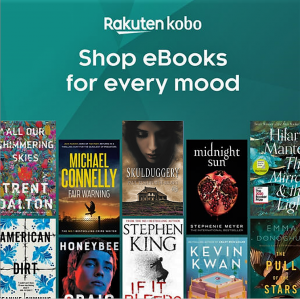 With Halloween coming up on October 31st, I have been wondering what my Celtic forefathers would have thought about this modern-day Halloween affair.

Paul started writing when he embarked on a project to produce a family history. Skulduggery has already earned acclaim, with one reviewer describing it as “masterful and thoroughly enjoyable”.”
— Alistair Shand-Editor Keighley News, UK

LOS ANGELES, CALIFORNIA, UNITED STATES, October 29, 2021 /EINPresswire.com/ — With Halloween coming up on October 31st, I have been wondering what my Celtic forefathers would have thought about this modern-day Halloween affair.

Of course, it wasn’t called Halloween and there were no trick or treats and the handing out of sweets. No, in early England my ancestors, the Brigantes, Celtic Britons who in pre-Roman times controlled the largest section of what would become Northern England, called it Samhain. This festival was not the time for smiling and playing childish games for it had a more sinister, dark side.

The Samhain festival marked the beginning of a new seasonal cycle or the first day of winter.

Farmers lead their herds down from the upper grasslands to shelter in the protection of the village enclosures before winter took hold. The harvests had been completed and the people readied themselves for the long dark winter ahead. The celebration symbolised the line between summer and winter and good and evil, or the night of the dead. It was believed that that around this time the ghosts of the dead would visit their families for one last time and with them came evil spirits. It was hoped that large fires in each village would protect inhabitants from the evil spirits that arose from the depths or darkness and mayhem.

The Brigantes believed that the souls of those who had died that year progressed to the underworld on this night. It was said to be a night when ghosts, demons and witches roamed the earth and people tried to placate them with offerings of nuts and berries. The dead were honoured through the burning of a sacred, communal bonfire built by the druids. The bones of sacrificed animals were cast onto the flames, which incidentally forms the origins of the word ‘bonfire’. People from the community brought harvest food for a great feast and some wore costumes made from animal skins or heads so that the evil spirits couldn't recognise them. Solo rites as well as ceremonies, feasts, and gatherings were initiated to honour their forefathers.

Bonfires, burning torches, chanting, ritualistic dancing and the sacrificing of animals would have been the order of the day. The chants and fires would aid those who had died in the year into the afterlife. Food was prepared for the living and the dead as the days got shorter and the nights longer.

Incidentally, this festival is still practised by Witches, Wiccans, Druids, and other Pagans around the world, so the next time you knock on somebody's door and yell 'trick or treat' take care lest you find yourself at the gateway to the Underworld.

Paul Rushworth-Brown is the author of three novels:

Skulduggery– An exciting, mysterious, fictional and historically accurate adventure that pulls no punches about the life and hardships of peasant farmers living on the moors of Yorkshire in 1590.

Paul Rushworth-Brown's Novel Skulduggery Brings 17th Century Yorkshire to Life- Step Back in time in this historically accurate mysterious, romantic, whodunnit. The style of writing is very descriptive and actually places you in the story.

"There were a number of things that people absolutely loved about your book. One was it was historically accurate and the other was that it was very real.”— Beth Worsdell-Host of the Witty Writers Show

"I was extremely curious to find out what was going to happen next; and, there was always something happening in this book! The book just got better and better! I was so sorry to see it come to an end. Paul Rushworth-Brown wrote the book in such a way that just about every sentence, was filled with the descriptions and emotions and meanings of day-to-day family life. The characters were very well developed; so much so that I felt like I was actually there with them. Throughout the book, I kept thinking that this author has a very uniquely talented writing style.
Bottom Line Yes, I would recommend to a friend."

Well-travelled author, Paul Rushworth-Brown, discovered more about his family than he bargained for.