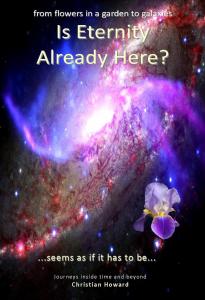 From flowers in a garden to galaxies 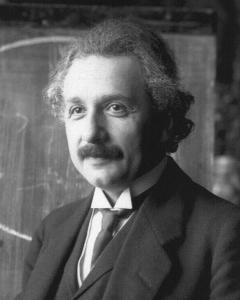 This is one of many events through science, normal and paranormal on the author's way to determine total human reality and if we have trans-dimensional souls.

We are souls dressed up in sacred biochemical garments and our bodies are the instruments through which our souls play their music.”
— Albert Einstein

NEWPORT BEACH, CA, CA, UNITED STATES, November 1, 2021 /EINPresswire.com/ — Christian Howard's book Is Eternity Already Here is an autobiography, the author's many life-journeys to find evidence for answers to humanity's most important questions – what are we, where do we come from, why are we here and where do we go after we die? The hypnotherapy age regression that revealed his wife was Joan of Arc In her immediate past life is just one of them. The chapter on Joan includes a word-by-word transcript of the session, Joan being tried and burned at the sake described by her from the inside as it happened.

So he could understand all of our planet's history, the author explores evidence of ET's and nuclear war here on our planet in the ancient past. He analyzes near death experiences in modern times to show a human-spirit connection, quotes scientists like Einstein, Hawking and Michio Kaku who speak of reading God's Mind, suggests how ancient Greeks could talk about atoms, and much more. He writes from the inside out, a developed 6th sense from reaching the superconscious from years of meditation and his own many paranormal experiences. He wanted to know once and for all what is the source of all realities in our physical universe dimension and beyond.

The evidence is analyzed with logic and in parallel with scientific fact. He does reveal what he believes are the two killers for a Theory of Everything, first that nothing inside the universe can create itself and second, the human brain can only observe what has already happened. Water did not create water and Einstein did not discover e=mc2. Einstein was just the funnel through which the pre – existing formula was waiting to be downloaded into our time. All material possibilities like water being wet, causes and formulas for everything like an iris or a galaxy had to exist before the universe and physics began.

The author wanted to know what there was before the Big Bang, before every 'thing'. To do this he needed a special language that existed prior to and outside the laws of physics in the dimension of causes when the universe did not yet exist. He found it in examining the experiences of three people who died and were resurrected under medically supervised conditions in our time – Dr. Eben Alexander, Dr. Mary Neal and business owner Anita Moorjani. Their reports show they went to a non-physical dimension where they maintained self awareness, were miraculously healed of what killed them and brought back to life by an energy that demonstrated it has total control of the human life force as well as the laws of medicine and physical.

Non-physics energies transformed their bodies and sent their souls back into their bodies in the physical world. Their experiences clearly demonstrate what exists before, after and outside the physical universe – consciousness and a non-physical dimension of Spirit. He shows that consciousness functions independent of the universe and is not a 'thing' that can be included in a formula. The assembled evidence gives a clear conclusion – consciousness is the essence of all realities in all dimensions. Or as the physicist mentioned would say – it is the Mind of God they are trying to understand.

His specific purpose is to define our Spiritual Relativity, give the evidence that shows humans are in fact trans-dimensional beings and we and everything are a cosmic family with the same parent. The effect he hopes his book will have on its readers is shown by how he ends it – with lyrics from the Burt Bacharach song "What the world needs now is love, sweet love…" and Albert Einstein's quote when for a moment he was not a physicist but an artist painting his beautiful thoughts with words.

You will want to read this book because as the Star Trek TV series claimed in its title, it will definitely take you 'where no man has gone before.'