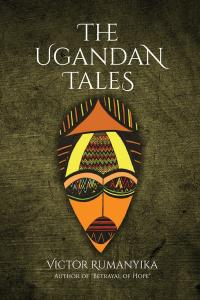 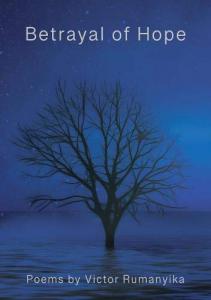 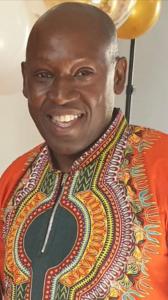 "The Ugandan Tales" by Victor Rumanyika depicts challenges of emancipation

WOLVERHAMPTON, UNITED KINGDOM, November 2, 2021 /EINPresswire.com/ — The independence of Uganda from its colonial overlords brought hope to the nation's people and the anticipation of better times, however according to author Victor Rumanyika the new leaders merely continued the cycle of oppression. In his collection of rhymes and verses, he chronicles how the Ugandan people have struggled to bring forth change, to liberate their society from an intransigent regime. These are "The Ugandan Tales."

Rumanyika's work is an ode to the ordinary people seeking to secure their rights and freedoms against a ruling class that is determined to continue oppressing the masses for their own benefit. This struggle for progress captured by Rumanyika is primarily a peaceful one using non-violent means to advocate for social, political and economic fairness. With "The Ugandan Tales" Rumanyika follows up the topics and themes he tackled in his previous work, "Betrayal of Hope."

He masterfully depicts the difficult realities faced by everyday people and the sheer grit and strength it takes for them to carry on with their lives, underscoring the fact that these adversities are due to the rulers who have failed in their responsibilities to the people, who have consciously chosen to put their own interests ahead of their constituents' welfare. He also shows how everyday challenges are tied to large-scale corruption and systemic faults, deeply ingrained issues that affect every facet of life and society – like socioeconomic dominos falling on each other.

With this, Rumanyika speaks truth to power and shows audiences around the world the plight of the average Ugandan, as well as the incredible resolve in their hearts and the herculean efforts they are making to save their nation. His rhymes and verses raise awareness and inspire at the same time, showing audiences that they can make a difference, that their voices matter, and that their efforts do have the potential to improve society.

"I was inspired to write this book, after reading other writers that have used writing as a means of social commentary, and criticism." Rumanyika says.

About the Author
Victor Rumanyika is a Ugandan born writer currently living in Wolverhampton, in the United Kingdom. “The Ugandan Tales” is his second poetry collection after “Betrayal of Hope" that was released earlier this year. He has been interviewed on America Tonight with Kate Delaney for “Betrayal of Hope," his first collection.