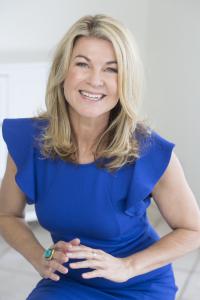 “We're honored to include Wendy Wilkins into our BoLAA family.” ~Aurora DeRose

"As a premier actress and author, Wendy Wilkins has earned a place on L.A.'s most fascinating people list," said DeRose.

The "Best of Los Angeles Award" community was formed six years ago and consists of over 7,600 professional members living and working in Southern California. It celebrates the best people, places, and things in Los Angeles with the slogan "No Ads. No B.S. Only the Best."

"The mission of the community is to celebrate the best of Los Angeles and allow its community members to connect with other members who share the highest standards of quality and integrity," expresses DeRose. "We're honored to include Wendy Wilkins into our BoLAA family."

Originally from Australia, Wendy Wilkins is an award-winning actress, writer, and filmmaker based in Los Angeles. Wilkins undoubtedly has a history of working and being successful in the entertainment industry. Wilkins states, "The power of creative art to move people on their own journey of self-discovery. I'm passionate about uplifting, particularly women through the craft of acting and entertainment and through the eyes of experience."

Wendy has won awards on the festival circuit and has been delighted to act in several award-winning films, and T.V. shows alongside many household names. Wendy also has a number of screenplays in various forms of development, and her published memoir Sex, Love & Cops, is now available.

Sex, Love & Cops is A memoir following the true story of Wendy Wilkins as she joins the police force, a naive twenty-year-old cop in Melbourne, Australia, and discovers many firsts, her first arrest, murder, dead body, love, cop culture, and a #metoo moment… The good, the bad, and the ugly of life as a cop in Melbourne, Australia, in the late '80s and early '90s. A fast-paced and entertaining read with some wonderful characters who happen to be real. A peek inside the gritty underbelly of Melbourne's police world through the lens of a young female cop. Wendy navigates this new world while falling in love and being sexually awakened. Vignettes in the style of Candace Bushnell's "Sex and The City" novella.