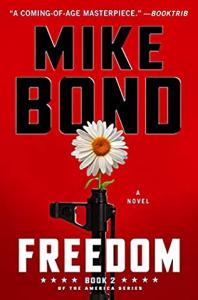 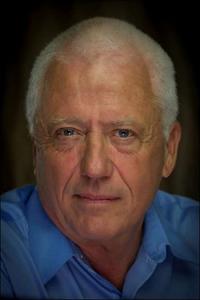 An extraordinary and deftly crafted novel that combines interesting characters within an historically detailed background… a fascinating read from cover to cover.”
— Midwest Book Review

UNITED STATES, November 8, 2021 /EINPresswire.com/ — Celebrated novelist Mike Bond has been called one of the 21st Century’s most exciting authors. His recently released historical epic, AMERICA, is the first of a seven-book series that relives our last 70 years and our nation’s most profound upheavals since the Civil War.

Now, in the tumultuous last years of the 1960s and through the wild, joyous, heartbroken and visionary lives of four young people, the story continues in Book Two, FREEDOM.

From the war-shattered jungles of Vietnam to America’s burning cities, near-death in Tibet, peace marches, the battle of the Pentagon, wild drugs, rock concerts, free love, CIA coups in Indonesia and Greece, the Six Days’ War, and Bobby Kennedy’s last campaign, FREEDOM puts you in the Sixties as if it were now.

In the story, Mick leaves for the Himalayas while Troy heads to Vietnam with the Marines. Daisy starts her PhD in brain research, and Tara battles heroin as her rock band reaches stardom. Troy is soon caught up in mind-numbing combat in Vietnam, while Mick returns to the States to lead the antiwar effort. Tara’s band signs a Motown contract amid the Detroit riots. At Stanford, Daisy expands her study of the human brain under LSD and other mind-altering drugs. Troy falls in love with a Vietnamese teacher and is slowly losing faith in the War.

One reviewer called FREEDOM “the most beautiful prose I have ever read.”

MIKE BOND has been called "master of the existential thriller" by BBC, "one of America's best thriller writers" by Culture Buzz, and "one of the 21st century's most exciting authors" by the Washington Times. He is a best-selling novelist, war and human rights journalist, and ecologist. He has covered guerrilla wars, death squads, and military dictatorships in Latin America and Africa, Islamic terrorism in the Middle East, and ivory poaching and other environmental battles in East Africa and Asia.

His critically acclaimed novels take the reader into intense situations in the world's most perilous places, into wars, revolutions, dangerous love affairs and political and corporate conspiracies, making "readers sweat with [their] relentless pace." (Kirkus) and drawing them "into a land and a time I had not known but left me with my senses reeling." (NetGalley)

His books have been named among the best of the year by reviewers and readers alike. He speaks multiple languages, has climbed and trekked over 50,000 miles on every continent from the Antarctic to Siberia, and is at home in some of the most primitive and dangerous places on the planet.