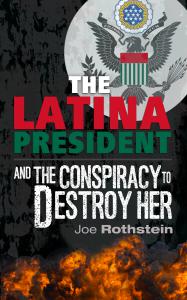 Should this book be banned? 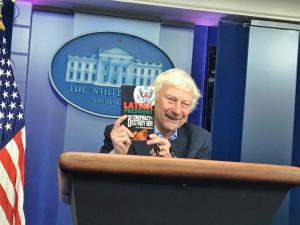 Rejecting mainstream fiction built around political topics is not the answer to Facebook's problems, it creates a new and more ominous set of problems, banning books without even reviewing them.”
— Joe Rothstein

The novel, "The Latina President," has one of the highest reader ratings on Amazon (4.6 out of 5 stars) and has been compared by reviewers to thrillers by John Grisham.

In rejecting advertising for "The Latina President," Facebook pointed to its policy of flagging ads with "political subject matter." Joe Rothstein, author of the novel, was notified of the rejection today by Written Word Media, the agency contracted to place the advertising. The rejection said, "Unfortunately, Facebook has not approved your book to run via Facebook Ads. Although it is obviously fiction, Facebook flags any ads with political subject matter and only certain accounts can run ads like this. We did try to get the ads reviewed, but Facebook did not accept it."

Facebook has been under fire by U.S. authorities for its lax policy in allowing lies and propaganda to dominant political discussion and advertising on its pages. In apparent overreaction, Facebook has decided to ban legitimate literature that involves political topics.

"Rejecting mainstream fiction built around political topics is not the answer to Facebook's problems," said Rothstein. "It actually creates a new and more ominous set of problems, banning books without even reviewing them."

"The Latina President," is a novel about a charismatic Mexican-American heiress who becomes president of the United States with a reform agenda, and an opposition that tries to stop her from succeeding. The "president," Isabel Tennyson, popularly known as "Tenny," is an "enthralling protagonist at the heart of a gripping tale," according to Kirkus Reviews, one of the most respected book review organizations in the U.S.