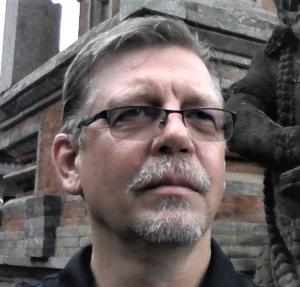 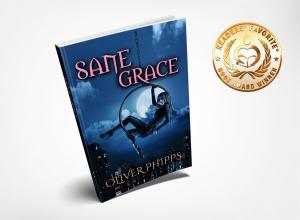 USA, November 8, 2021 /EINPresswire.com/ — Oklahoma author Oliver Phipps, has had numerus best sellers over the years, including an Amazon #1 best seller, his most popular work, The House on Cooper Lane: Based on a True Story.

The popular Oklahoma writer was both excited and grateful to recently receive a major accolade for his newest book, Sane Grace. Reader’s Favorite, one of the largest book review and award sites on the internet, awarded Phipps the Gold Medal in the Fiction – Visionary category.

Readers’ Favorite International Book Award Contest featured thousands of contestants from over a dozen countries. Works ranged from new independent authors to New York Times best-sellers and celebrities. The contest is broken into 140+ genres, where each work is judged against others of the same category.

Phipps passion for writing began with his pursuit of music in the 1980s and 90s. The former Army veteran played percussion and wrote song lyrics for popular bands before eventually moving on to short stories and articles. Phipps was a world traveler and adventurer exploring areas across the globe before settling in the US and publishing his first book in 2004.

Sane Grace, is a sci-fi adventure taking place in the future offering a witty main character and plot line that will keep you reading. Readers can find the award winning novel Sane Grace and other Oliver Phipps works for purchase on Amazon.