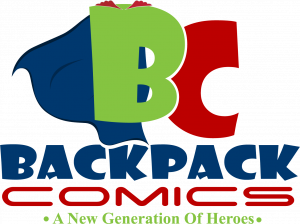 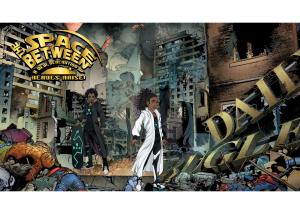 LOS ANGELES, CA, UNITED STATES, November 11, 2021 /EINPresswire.com/ — On November 1st, 2021, a new Kickstarter Campaign was launched to help raise money for the for the first (of many) new graphic novel series looking to help create and establish a platform for minorities to come together and tell stories that more authentically represent them. From the creative mind of Writer, Director, and Producer Donell Nelson, comes the new Backpack Comics publishing company with its brand-new series, The Space Between (TSB). TSB is a fun, energetic, and empowering story that follows 2 orphaned 12-year-olds, Protan and Neutrina, as they learn to live life as part of the “foster care system” all while discovering they each have their own set of new and powerful abilities. This 4-Volume (16 total comic books) graphic novel series sets the stage for “A New Generation Of Heroes” as well as villains and unimaginable allies. TSB will feature artwork and illustrations by professionals from the Marvel and DC comics universe.

The goal of this Kickstarter campaign is $65,000 within a 60-day period. Unlike most campaigns however, with each donation, even as little as $10, every person will receive a digital copy of “The Space Between – Origin Story”. For those looking to really get things going and are into collecting limed edition merchandise, there are various tiers that include merchandise such as limited-edition box sets, t-shirts, sweaters, backpacks, and much more.

About Donell Nelson
Donell Nelson got his start as an intern for Spike Lee’s Forty Acres & A Mule Film works, while a student at Morehouse College, and worked as a Production Assistant on his Film School Daze. Donell began directing music videos for local artist in Atlanta before moving to Los Angeles to pursue his big screen ambitions. After successfully completing a summer directorial program at USC Film School and Robert McKee’s internationally acclaimed screenwriter’s workshop STORY, Donell proceeded to direct a short film “The Windows Are Closed”. He worked in various production capacities for some of the hottest music video directors on videos for artists Janet Jackson, Pharrell, Snoop Dog, Nelly, Mary J. Blige…etc.

Through his own production company R-And-D Filmworks he has been developing his own original productions in the areas of Reality TV, Scripted Television, and Motion Pictures. His company has produced a Television pilot titled “While We Work”, a docu-series titled “Dive Club”, multiple music videos for record industry giants Universal Music & Warner Bros as well as viral videos for corporations and non-profits.

About Backpack Comics
Backpack Comics was founded to provide an alternative space for minorities to produce original and authentic stories of fantasy to excite the imagination. The comic book space is very popular in the minority communities, but the representation is wholly out of balance. As the founder, being a storyteller myself, I wanted to have this space for myself as well. I have assembled artist and comic book veterans, previously employed with Marvel & DC comics, with more than 20-years of experience to produce The Space Between. We are excited about the space we have created and look forward to the journey.

The Space Between Intro By Backpack Comics