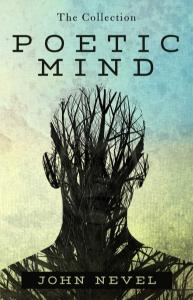 PUEBLO, COLORADO, UNITED STATES, November 13, 2021 /EINPresswire.com/ — Italian American author and poet John Nevel is provoking thoughts and imploring peace through his musings in his new book of poetry ‘Poetic Mind: The Collection’. The riveting compilation is filled with Nevel’s perspective on his life experiences focusing on themes such as racism, hate, sexism, foolish actions, his keen observations, and his incomparable love of poetry.

Fondly referred to in professional circles as ‘The Poetic Genius’, Nevel has fused his familiarity with the classics and his unique flow to create a body of work that will immediately arrest readers with his rap-influenced potent words.

The U.S. Army war veteran spent a year deployed in Iraq during Operation Iraqi Freedom from 2003-2004, earning the illustrious awards Army Commendation, Army Good Conduct, National Defense Service, Global War on Terrorism Expeditionary, and Global War on Terrorism Service medals. While serving, Nevel developed PTSD and insomnia. To soothe his growing mental trauma, he turned to his life-long friend – writing, morphing his sleepless nights into words of wisdom and hopefulness. While serving, he also maximized his potential and time by earning his Master of Science degree in Criminal Justice.

Nevel has been writing since he was 12 and has never looked back since. With this new classic, he has showcased his prowess by drawing profound conclusions from simple moments such as the trickling of a raindrop or the timeless tick of a clock.

When asked what inspired him to write ‘Poetic Mind: The Collection’ and how he coined the title, he quips, “I was inspired to write this book because of a build-up of feelings through my life on different topics, and the name was inspired by my own personal thoughts mixed with the power of my words, and the ability and quick wit to be able to brainstorm.’’

When he is not caught up in the throes of writing, the dynamic author can be found flexing his other muscles as a powerhouse track and field athlete. Since 2016, he has won 2 National Championships, 6 Mid-America Regional championships, 4 state championships, 3 Rocky Mountain State Games championships, 1 All American Award, and has placed Top 25 in the United States nine times. Nevel also participates in Colorado Master Track and Field meets every year, where he competes in 12 different events. He shares that his specialty is the javelin throw and the triple jump.

The brilliant writer is a lover of ‘The Twilight Zone’ and also expertly crafts horror and thriller work. He cites R.L. Stine, Stephen King, Bentley Little, Edgar Allan Poe, Nicholas Sparks, and Maya Angelou as some of his favorite authors. However, the top spot on his list is reserved for Rod Serling, who he excitedly names as his all-time favorite author.

Fully understanding the magic of his rap laced poetry, Nevel did not hesitate to submit it for consideration for the prominent Pulitzer Prize. Though ‘Poetic Mind: The Collection’ was only released on October 4 of this year, he is already priming his growing audience for the release of ‘Poetic Mind 2: The Collection’ slated for release in 2022.

To keep updated with John Nevel, visit https://www.johnnevel.com/, follow him on Facebook or email him at contactjohnnevel@gmail.com. ‘Poetic Mind: The Collection’ can be purchased at amazon.com/John-Nevel/e/B08MBHJGXF.