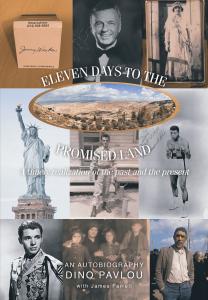 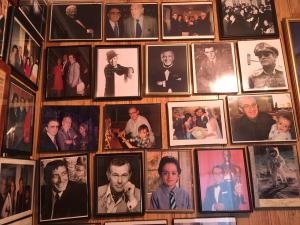 NEW YORK CITY, NY, UNITED STATES, November 16, 2021 /EINPresswire.com/ — Nov. 16, 2021 (New York City, NY) – The untold behind-the-scenes true stories about many of the greatest celebrities in modern American culture and history have come to life in a new book by a Greek immigrant who came to the U.S. and worked his way into the heart of New York City’s glittering night club scene as one of the city’s foremost celebrity confidants and fixers.

Read about how Frank Sinatra fed the homeless and saved a cocaine addict’s life, how “Monday Night Football” was launched, how Richard Nixon was comforted after his resignation, how Woody Allen’s musical career was redirected, how mafia bosses jostled for Sinatra’s reserved Table 17, and so many more behind the scenes stories about many of America’s most famous celebrities.

Dino Pavlou’s autobiographical “Eleven Days to the Promised Land” tells these stories as no one has. From the world’s first Cold War battles against Communism in his war-torn Greek homeland, to his shock at the open racism of the 1950s South, to mingling and befriending the pinnacle of America’s film, television, sports, and war hero culture, Pavlou tells a uniquely American story about achieving the American Dream, taking him far beyond anything he or anyone else could have ever imagined.

It’s a trip back in time to the heyday of New York’s swinging nightlife, and of modern America’s never-ending offer of the “promised land” to its newest citizens.

There is no other book that tells it like was, like it is, and like it will always be – Dino Pavlou’s “Eleven Days to the Promised Land” is available now everywhere.

To arrange an interview with Mr. Pavlou or for additional information, contact John Sitilides at sitilides@gmail.com or (202) 494-1662