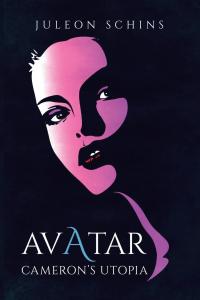 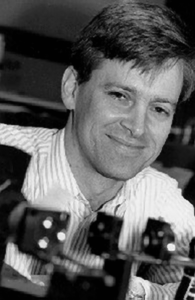 Would Cameron realize that his Avatar movie is the spitting image of a sacramentally structured society?

AMSTERDAM, NETHERLANDS, November 16, 2021 /EINPresswire.com/ — Inspired by the personality of accomplished filmmaker and science-fiction visionary James Cameron, Schins explores the themes of Cameron's blockbuster film "Avatar." At a first glance, Cameron seems to craft yet another futuristic world, critical of that greed and mercilessness, which characterize all societies known on our planet. Upon closer inspection, Cameron's movie presents something completely different. Sure, Avatar society realizes the age-old ideal of living in full harmony with nature. By the principal role the supernatural element plays in Avatar happiness, Cameron outdoes all contemporary utopias, and even that of the founding father of the utopia itself, humanist Sir Thomas More. Avatar supernatural life not only implies conversing with God, it goes far beyond that. In order to see that, we have to turn our attention to the Biblical Garden of Eden. As superbly described by the millenarian Biblical book of Genesis, in Eden Adam and Eve spoke with God freely and directly, though mysteriously, as God was not visible. On Avatar's planet Pandora, the Na'vi converse with God too, though mediated by holy trees. What the Old-Testament Garden of Eden did not have, though, was the sacramental structure of the Avatar society. This sacramental structure was given to the New-Testament Garden of Eden by Jesus Himself. Schins wonders whence James Cameron, a self-declared agnostic and practicing vegan, four times divorced, received the inspiration to portray a sacramentally structured society. In Thomas More's utopian society, there is not the slightest trace of such structuring, let alone in utopias of more recent date. A visionary Cameron is indeed, and on several counts.

About the Author. Juleon Schins was born in 1964 in Sorengo, Switzerland. He was raised in Italy by Dutch parents. He has fond memories of the Alpine mountains and lakes, which caught his fancy since his early youth. He has taught physics, chemistry and mathematics at the Technische Universiteit Delft. Since 2018 he has been authoring books on scientific consequences of the human spirit. Strange enough, such consequences are most patently felt in the hardest-core scientific disciplines, to wit, mathematics and physics. At first, Schins did not see any Christian values in Cameron's "Avatar," with one of the protagonists creating genetically engineered Na'vi bodies. Yet on closer inspection, Schins saw surprising elements within the film that made him reconsider his initial impressions. He ended up frankly fascinated by the personality of James Cameron. The book closes with a discussion of an equally formidable documentary, "The Exodus Decoded", in which Cameron displays a remarkably scientific approach to the phenomenon of miracles.