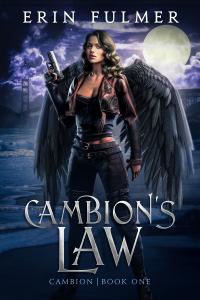 Cambion’s Law is available now wherever books are sold. 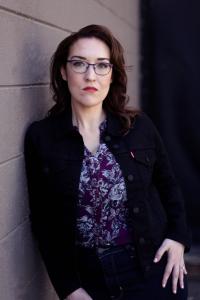 The magic of this book lived and breathed with a life of its own, and some parts were just so beautifully written it took my breath away.”
— Goodreads Reviewer

Set in modern day San Francisco, CAMBION’S LAW follows the adventures of Lily Knight, a junior District Attorney with a secret—she’s a cambion, half-human and half-demon. Her ability to sense human motivations and desires makes her a dynamo in the courtroom but creates complications in her personal life, where even a touch can endanger those she loves. But to bring a supernatural killer to justice, she must bring all her powers to bear and face her demons—both internal and external. This supernatural thriller will appeal to readers of Richelle Meade, Seanan McGuire, or Ilona Andrews who look for fresh urban fantasy and smart paranormal romance with strong heroines that depicts healthy relationships and explicit consent.

“I wrote and revised the book during a time when the Me Too movement was gaining steam, and it shows,” Fulmer says. “Since my main character is an attorney, she deals with the nitty gritty and real shortcomings of the justice system, but she also has the power to really take justice into her own hands—which is far more than most of us have.”

CAMBION’S LAW (City Owl Press, 2021) is available in Kindle, paperback, and through your favorite bookstore or online retailer.

Erin Fulmer is a public benefits attorney by day, author of urban fantasy and science fiction by night. She lives in sunny Northern California with her husband and two spoiled cats named after dragons. When she’s not writing or working, she enjoys hatha yoga, taking pictures of the sky, playing board games with friends, and napping like it’s an Olympic sport.